Archive for the category “garage rock” 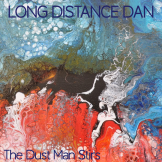 Yes, finally LongDistanceDan’s debut full length album, “The Dust Man Stirs” is available for download.
Carrying on from where his 2015, “The Other Side Of The Sky” left off, the album is a heavy mix of lo-fi, raw beats. Taking influence from raw funk, lo-fi hip hop, psychedelia, garage rock, library music and more, here is what people have been saying already –

“There seems to be some kind of crazy interference on my headset….nope…you’ve tuned into the psychedelic sound of Long Distance Dan. The Dust Man Stirs a pot filled to the brim with eclectic beats and sound textures. Moving between the electronic and the analogue, between downtempo trip-hop and speed psyche-beat. Strange variations found here for your third ear…” Ollie Teeba (The Herbaliser)
“Sounds great!” Boca 45
“Dan’s beats are imaginative and intriguing, you never know what is going to come next!” Jonny Cuba (Soundsci)
“This shits dope man! It’s gotta cool sequence to it, well mixed and knockin. Good drums” Walter Gross
“Sounds good man, I like those drums!!! Keep the nastiness alive” Psychopop (Skrapez/Gonjasufi)
“It’s freaky cinematic, deep psych bangers. There’s some track I absolutely love, massive breaks, dirty bass lines and a weirdness to it all that’s really cool.” Tom Caruana (Son Of Sam/Tea Sea Records)
“It’s a dope piece of art” Jason Furlow (New Kingdom)

cords are at it again. Yes we have not one, but two new excellent compilations of the best vintage Zamrock music out there.
By the mid-1970s, the Southern African nation known as the Republic of Zambia had fallen on hard times. Though the country’s first president Kenneth Kaunda had thrown off the yoke of British colonialism, the new federation found itself under his self-imposed, autocratic rule. Conflict loomed on all sides of this landlocked nation. Kaunda protected Zambia from war, but his country descended into isolation and poverty.
This is the environment in which the ’70s rock revolution that has come to be known as Zamrock flourished. Fuzz guitars were commonplace, as were driving rhythms as influenced by James Brown’s funk as
Jimi Hendrix’s rock predominated. Musical themes, mainly sung in the country’s constitutional language, English, were often bleak.
In present day Zambia, Zamrock markers were few. Only a small number of the original Zamrock godfathers that remained in the country survived through the late ’90s. AIDS decimated this country, and uncontrollable inflation forced the Zambian rockers that could afford to flee into something resembling exile. This was not a likely scene to survive – but it did.
‘Welcome To Zamrock!’, presented in two volumes, is an overview of its most beloved ensembles, and a trace of its arc from its ascension, to its fall, to its resurgence.
Out now on LP, digital and 103-page hard cover book with CD from Now Again.

The Great Divide between R&B and rock n’ roll came after the Beatles and the British Invasion decimated the Top 40 chart in 1964. Simultaneously, R&B entered a new phase, soon to be labelled “soul,” which upped the music’s gospel quotient and turned its frantic twang. So somewhere in the mid to late-1960s, rock n’ roll became perceived as something for the Caucasian kids. When Jimi Hendrix and Arthur Lee made the scene, they were said to be black musicians entering into a white world. While that couldn’t be farther from the truth, that false dichotomy has existed in America’s popular conscious ever since, to the point where the idea of a black rock musician is on the level with the idea of a black cowboy.
This anthology presents earnest questions as to why we know so little about these bands and the movement of which they were a part. While we don’t anticipate that we’ll ever find a definitive answer as to what these ensembles’ true goals were, then, we do know that they took their charges seriously. And they knew they were onto something different, something that, though only they and their immediate kin might recognise it, was more interesting than the status quo. Function Underground shines light on an important and overlooked part of rock n’ roll’s history and talented ensembles that toiled in the shadows, derided by their peers.
Available to buy on CD, LP and digital now from Now Again Records.

in Records do it once again! One of the great psychedelic rock albums is finally back in print on vinyl in a band-licensed reissue.
It’s roots are in Puerto Rican teenage garage rockers; it was recorded in the Dominican Republic at the high-point of the flower power era; it was only ever pressed in a minuscule run in Mexico.
Now one of the most sought after rock artifacts on the planet, Kaleidoscope is remastered and reissued with an extensive, photo-filled booklet with the story of the band and their album by historian Enrique Rivas Viniegra. Every psychedelic rock fan needs to get a copy of this album, you know it makes sense!

Available now on digital and LP direct from Now Again or for those in the UK you can get your copy from Rap and Soul Mail Order.

Kuparilinna plays 60s-style prepsychedelic pop influenced particularly by 60s & 70s folkrock from Eastern Europe and Soviet Union. Band member Tuomas Palonen, has been collecting music of this style and from this era for some years now and has produced some excellent modern music heavily influenced by this sound.
This is definitely worth a listen if you like a bit of folk, psych, alternative rock, grab it now!

allel subcontinents and digger of rare, forgotten records, Eothen “Egon” Alapatt tracks sounds from the dawn of time to the four corners of the world. On the other side of the globe, French designer Christophe Lemaire stays forward thinking and audacious in his choices: far from our deified present, he cultivates a love of timeless designs and mixed influences; a passion for iconoclastic music hidden in the dark corners of a global cultural industry.
This extraordinary openness has been at the heart of their friendship since 2007. Their exceedingly eclectic, fierce rock discoveries gave birth to a first anthology, Where Are You From?  (Now-Again, 2010), the fruit of Lemaire’s excavating Alapatt’s archives. That was a postgeographic exploration in psych, rock and funk territories from 1968 to now; this second anthology celebrates their impressionist vision and explores garage rock from the 1970s, voicing the struggles of independence in Zambia, Nigeria and Zimbabwe.
“Can’t You Hear Me” comes from a track by charismatic Zamrock icon Paul Ngozi, a Lemaire favorite. Ngozi’s title track sets the tone for a drastic selection of seventeen songs with rebellious undertones, riddled by an infectious groove, the forsaken writing about a forgotten chapter in the history of music. Ngozi,WITCH, Chrissy Zebby Tembo, Amanaz, Wells Fargo, Eye Q and the Funkees represent a generation fighting for their freedom, armed with fuzz guitars, symbolic objects of a new movement. They played in Fela’s kingly shadow, were influenced by Hendrix’s psychedelic solos, Jefferson Airplane’s penetrating chords and Cream’s repetitive melodies. The music of their colonial oppressors they reassembled and reinterpreted with pure energy, without nod to hymn or flag.
A halo of cosmic design and pure lines, the cover for the anthology by Sanghon Kim transports us in this whirling odyssey in space and time while composer/producer Pilooski concludes the album with an edit of WITCH’s “No Time,” an  xpression of the critical need to open up to new perspectives, new imaginations and to keep unearthing riches of our universal heritage.
“Through these tracks we can feel the communicative energy, this pure vitality, not only of Africa , but of youth and hope,” Lemaire states. “And I find it quite universal and timeless. It is not about music as an industry , or as product , but music as a craft . And one can immediately recognized when music is created with heart and soul.”
Released April 15th on Now Again Records take a listen below. 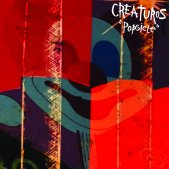 e fuzzed out, lo-fi sunshine rock? Well look no further, Creaturos are here.
Cultures of Soul have signed up the band and plan to release their next album this summer, in the meantime the label have re-released the bands “Popsicle” album on limited cassette and digital.
This is a must for fans of Ty Seagull, Night Beats, White Fence and so on, bringing a fresh, scuzzy, psychedelic sound to your ears. Their sound will appeal to alternative rock fans and 60’s rock fans a like. We are digging this release and really look forward to the new album in the summer!